Making everything for the first time

This is based on the banana cake recipe here, just modified to make it more moist and suitable for little cups. I love crunchy cinnamon sugar-topped muffins and I took the opportunity to use it here. It’s very easy to prepare so this is something that you can bake with your kids.

This simple but yummy muffin is appropriate for breakfast, snacks, picnics, children’s parties and the occasional guilty midnight snack.

END_OF_DOCUMENT_TOKEN_TO_BE_REPLACED 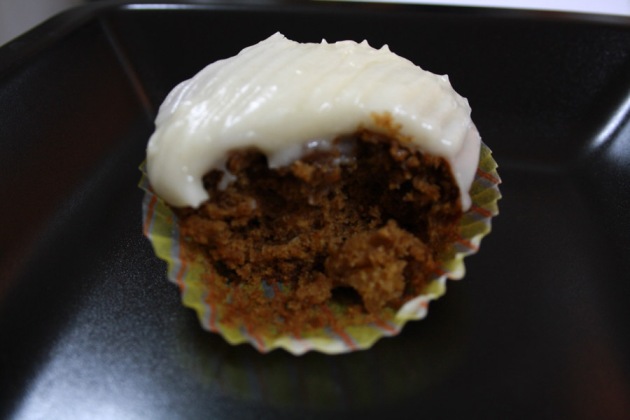 I stumbled upon this recipe by accident while I was Googling wedding cakes. Apparently, it’s a bohemian pumpkin spiced wedding cake. Recently, I’ve been having a love affair with pumpkin. I’ve tried pumpkin soup, pumpkin muffins, pumpkin pasta, pumpkin cinnamon rolls, and pumpkin oatmeal (oh yeah, it was good!). Why not pumpkin cake? 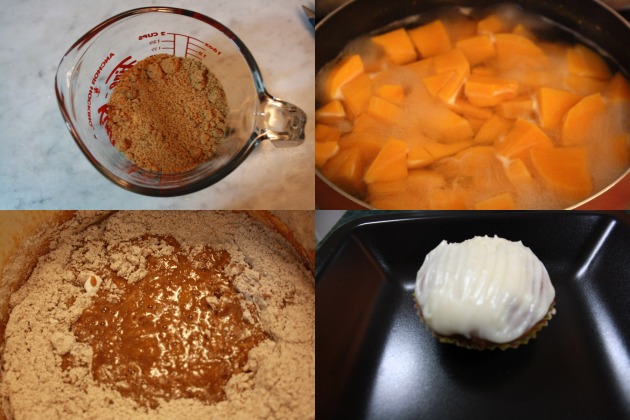 And since it’s the eve of my birthday, I thought a cupcake made from a spiced veggie would be a great idea. As usual, I pureed a fresh pumpkin myself.

I wonder if it’ll be as tasty as the carrot and ginger and cinnamon muffin. Or the whole-wheat apple muffins. 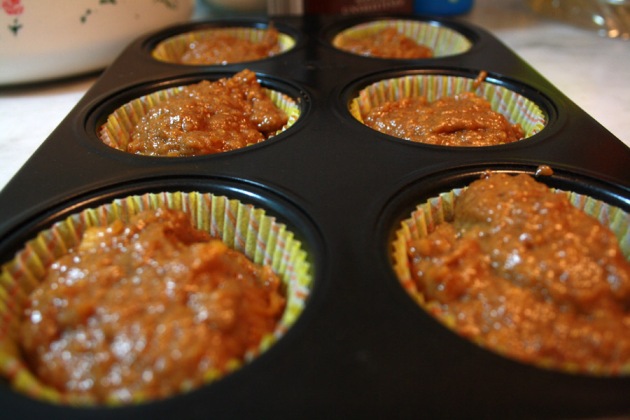 They smelled heavenly even while in the oven.

I made the best ever frosting again. And I did it properly this time. One has to stir constantly over very low heat and not leave the stove alone even if you get bored!

I only ate one. And made sure I had enough packed for tomorrow. The rest are Dad’s since he’s been impatiently eying them.

In spite of the above, I still managed to bake a couple of small, frosted chocolate sheet cakes for my godson, Tobey. His 6th birthday is the day after mine, but he’s celebrating it in school tomorrow. Happy birthday, Tobey!!!

END_OF_DOCUMENT_TOKEN_TO_BE_REPLACED

Hi, I'm Steffi. I'm a 30-something who's learning how to cook. Or trying to at least. This blog is a chronicle of my progress and a way of sharing recipes that I like to everyone. (And try not to visit the Stonehenge just after winter. They might run out of picnic blankets to wrap around you.)